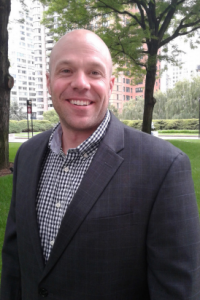 photo courtesy of the Tillman Foundation

CLAIR doctoral student Scott Swisher was recently named a 2017 Tillman Scholar. He is one of three scholars in the area of education.

The Tillman Scholars program provides scholarships for active-duty service members, veterans, and military spouses. The program is named for Pat Tillman, who left his NFL career with the Arizona Cardinals and joined the 75th Ranger Regiment in Afghanistan. After his death in 2004, his friends and family established the Pat Tillman Foundation and the Scholars Program to support leaders committed to serving others.

“Education is the foundation on which a just and equitable society is built. I feel obliged to help strengthen that foundation by working to make it more inclusive.”

Scott honorably served in U.S. Army for four years. During his service, he supported airborne operations for elite units as a parachute rigger. In 2003, he deployed to Afghanistan in support of Operation Enduring Freedom. While serving in Afghanistan, Scott became increasingly aware of the essential role that education plays within a given society. He was particularly struck by how the lack of equal access to education seemed to contribute to the generational poverty and political instability in the region. After separating from the Army in 2004, Scott studied at Montana State University where he double majored in English Literature and Philosophy. He then pursued an M.A. in Teaching English as a Second Language at Gonzaga University. Scott then taught at Montana State University-Billings for a year, before volunteering for the Peace Corps. From 2012-2014, he served as a Peace Corps volunteer in Kukes, Albania, where he taught English at a regional university and worked to improve the capacity of local Albanian teachers.