“Power without love is reckless and abusive, and love without power is sentimental and anemic. Power at its best is love implementing the demands of justice, and justice at its best is power correcting everything that stands against love.” 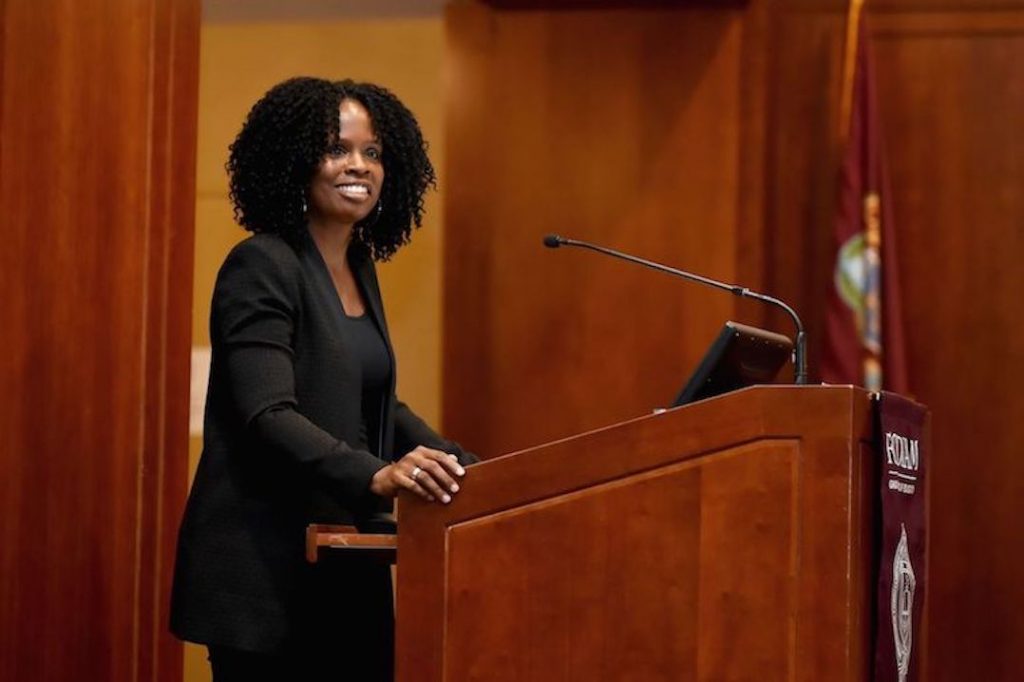 Speaking of her forthcoming book, tentatively titled “The Schools We Need: Lessons Learned from Harlem’s Mothers & Othermothers,” Watson shared with approximately 170 lecture attendees, including Oberlin professor Caroline Jackson Smith, Barbara Jackson’s daughter, what the text will include. It will combine a historical narrative with her personal educational experience and educational data focused on the value of care, courage, creativity, and community as elements needed to create the kind of educational environment all parents want for their children. She further emphasized the importance of all mothers in education, particularly noting the challenges faced by African American mothers in their attempts to desegregate urban schools. Referencing the pioneering work of African American scholar Patricia Hill Collins, Watson stated that black mothers work differently to advocate for their children, because black children’s experience is markedly different than white children’s. 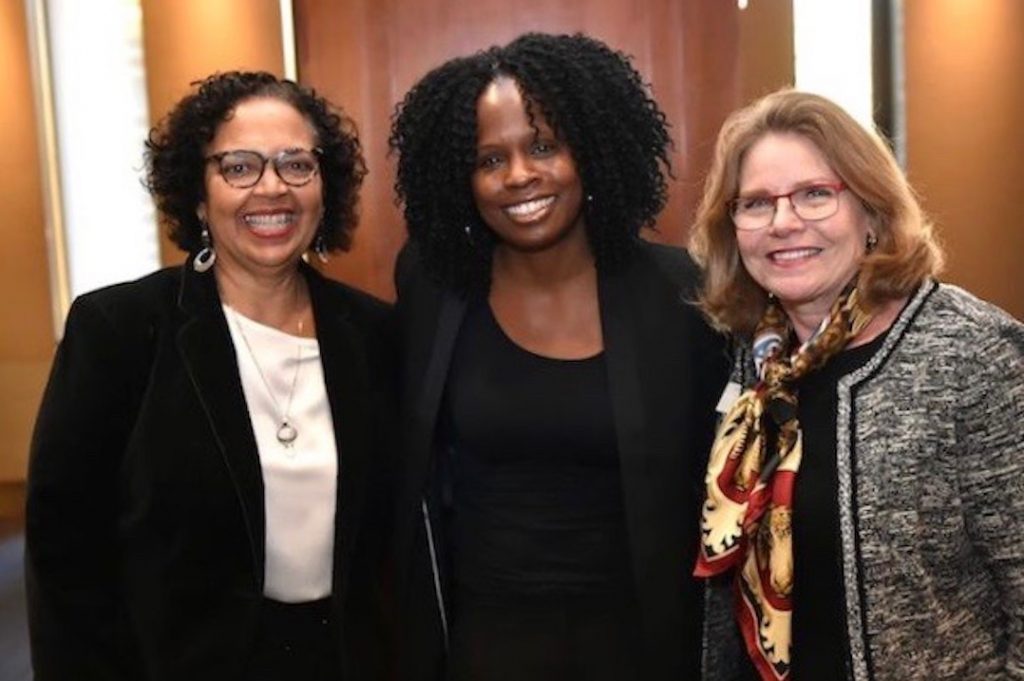 Watson also offered an analysis of the five lawsuits that eventually propelled the issue of school segregation to the U.S. Supreme Court, as well as the years immediately following the court’s landmark 1954 decision in Brown v. Board of Education. She detailed for attendees that despite Brown’s ruling to desegregate schools, there was an ongoing struggle for quality education highlighted by a group of African American mothers. Dubbed “The Harlem Nine”, these women were unwilling to accept that the now “one” system of education still provided two different experiences to children depending upon the color of their skin. More than that, they conveyed another powerful message, that segregation harms all children. 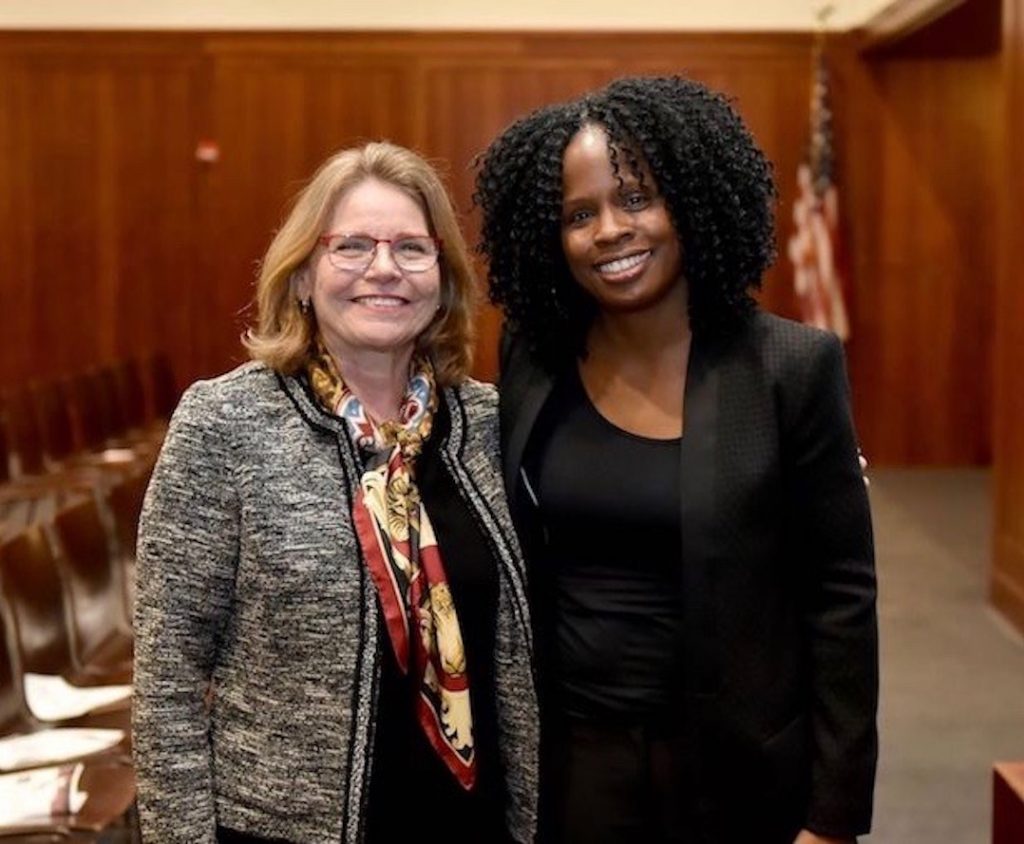 Watson revealed that her extensive research into the work of “The Harlem Nine” discusses their 1957 class action lawsuit against New York City’s Board of Education and their efforts to desegregate Harlem’s schools. Her take: these mothers took action because they cared for Harlem and all of its children, and they had the courage to hold the Board of Education accountable to the law. Although the mothers’ lawsuit garnered a lot of initial attention, progress stalled. In 1958, the mothers led a New York City school boycott that resulted in their children being kept out of school for 35 days. Their creative use of boycotts, marches, and conversations with their community of neighbors ultimately forced the Board to take action and seriously consider community control of Harlem schools.

Although the mothers were later charged with child neglect because of their actions, Judge Justine Wise Polier, in The Matter of Skipwith, found the “Harlem Nine” innocent. Watson reported that unfortunately, despite all of this work, New York City Schools are now more segregated than they have been in 50 years. However, Richard A. Carranza, new Chancellor of the New York City Department of Education, has stated a desire to integrate city schools and share decision-making power among all groups going forward. 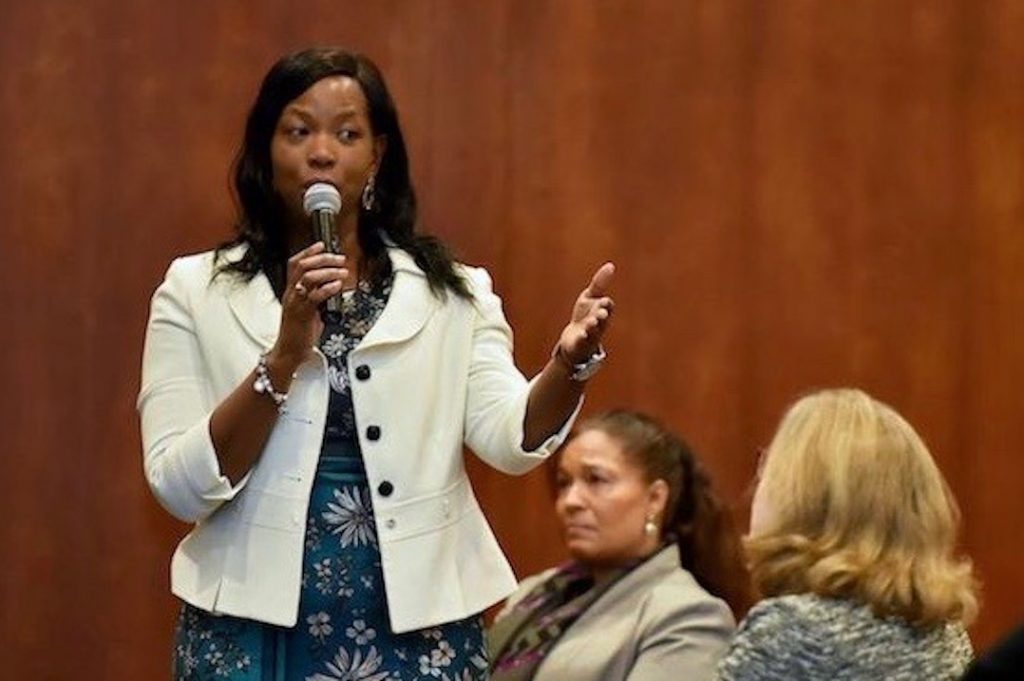 In a dynamic discussion following the lecture, Watson fielded questions about many issues, including how to truly fulfill the promise of Brown vs. Board of Education, the need for diversity in education to benefit all children, the effects of charter schools that deplete resources from already depleted public schools, and the need to redefine parent engagement in schools through better use of technology. 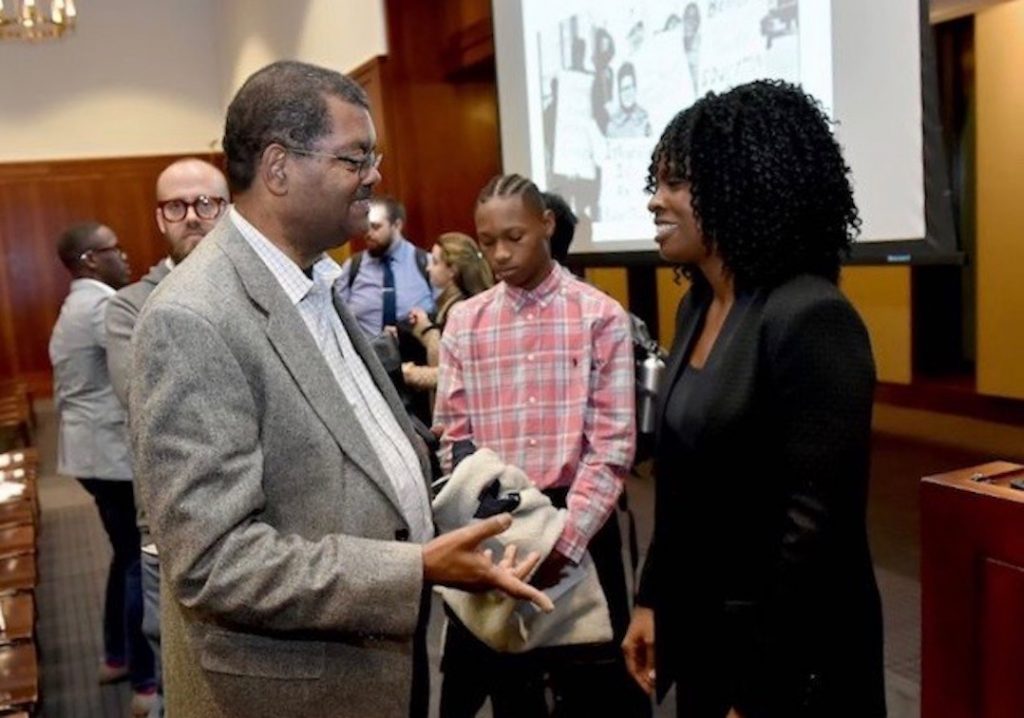 Watson concluded that “Leadership is service embedded in love – the first question should be, ‘Are the children ok?’” She added, “Schools must be a resource for the whole community, so that all children will be ok.”

Terri N. Watson is an Associate Professor of Educational Leadership at The City College of New York. A Harlem native, her research examines effective school leadership and is aimed to improve the educational outcomes and life chances of historically excluded and underserved students and families. In conjunction with the University Council for Educational Administration, Watson was a Barbara L. Jackson Scholar (2008 – 2010) and currently serves as a Barbara L. Jackson Scholar faculty mentor to several doctoral students of color who are pursuing careers as professors in educational leadership. She is also the guest editor for a special issue of the Journal of Educational Administration and History (Taylor & Francis Group) titled, “A Seat at the Table: Examining the Impact, Ingenuity, and Leadership Practices of Black Women and Girls in PK – 20 Contexts,” (publication date: Summer 2020).