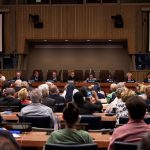 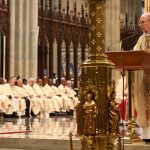 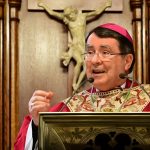 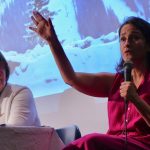 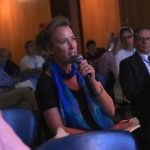 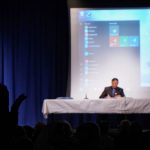 A thousand delegates from Catholic schools across the world congregated at the Lincoln Center campus and nearby locations for the World Congress of Catholic Education, hosted by Fordham from June 5 to 8.

“I cannot overestimate the importance of a Catholic education and your work in bringing that gift to the widest audience possible,” said Joseph M. McShane, S.J., president of Fordham, in his welcome message. “The schools and educators you represent do holy work every day, and in that work, they transform the lives of young people around the globe. Those young people in turn change the world.”

The four-day conference, sponsored by the Graduate School of Education’s Center for Catholic School Leadership and Faith-Based Education and the Office of International Catholic Education, examined global education issues in collaboration with bishops, universities, and religious congregations throughout the world.

At this year’s conference, delegates representing more than 85 countries and 200,000 Catholic schools were present. Several years ago, Gerald M. Cattaro, Ed.D., executive director of the Center for Catholic School Leadership and Faith-Based Education, led the U.S. delegation at the 2015 World Congress in Rome.

“The world conference of Catholic education presented Catholic education at its best as a gift to all nations,” Cattaro said. “This year, we gathered at Fordham to share our vision for the future: to provide sustainable Catholic education, modeling the pedagogy of Pope Francis—pedagogy of heart, hands, and mind in an effort to better serve the marginalized, the poor, refugees, and those on the peripherals. In other words, to teach as Jesus did.”

The conference began with a 5:30 p.m. opening Mass at St. Patrick’s Cathedral, attended by Archbishop Christophe Pierre, apostolic nuncio to the United States; Father McShane; and several other clergy and faith leaders. Over the next two days, the guests attended lectures and panels presented by key figures in education, including Marc Brackett, director of the Yale University Center for Emotional Intelligence, and Agbonkhianmeghe Orobator, S.J., president of the Jesuit Conference of Africa and Madagascar.

Guests were invited to attend eight available “labs,” where guest speakers discussed their innovative teaching methods. Topics included creating more inclusive schools and protecting children against abuse. To accommodate all of the international guests, each lab topic was presented in English, Spanish, and French.

A Crisis of Compassion

One of the first labs, “For a new format of education, adapted to change, and grounded in a culture of dialogue,” featured TED Talk speaker Kiran Bir Sethi, Ph.D., the founder of an internationally-recognized teaching strategy, and Kari Flornes, Ph.D., a Norwegian philosophy professor who spoke about the importance of teaching empathic communication to children.

“For 15 years of our children’s lives in schooling, we tell them that their education will be incomplete if they do not learn about photosynthesis, quadratic equations, the height of Mount Everest, or even grammar,” said Kiran Bir Sethi, who founded the Riverside School in Ahmedabad, India, in 2001. “But in those same 15 years, we struggle with finding the time to get our children to care about inequality or child rights or compassion … or even love.”

Sethi’s solution is a four-step formula—FIDS (feel, imagine, do, share) for kids—that taps into children’s creativity, compassion, problem-solving skills, and collaboration. It is currently used in more than 65 countries to encourage students to solve local challenges like bullying, she said.

In 2017, Sethi met Pope Francis in Vatican City and signed an agreement that introduced FIDS and her global movement, Design for Change, to more than 460,000 Catholic schools across the world.

The second speaker, Karni Flornes, an associate professor at Bergen University College in Norway, emphasized the importance of educators using empathetic communication in their classrooms.

Aspects of empathetic communication include teaching non-violence and no-hate speech in all subjects, speaking about controversial issues in the classroom, and actively coexisting with people who look different from themselves.

She said that parents can also use empathic communication by seeing and following their children’s initiatives, sharing their personal experiences with them, and giving praise and showing recognition.

The World Congress of Catholic Education conference culminated with a Saturday morning convocation and program at the United Nations general assembly, moderated by Cattaro.

In his introductory remarks, Archbishop Bernardito C. Auza, the Holy See’s permanent observer to the United Nations, said that society needs to be based on “humanism”—a concept that starts at home with the family. Educators must bolster that idea by building spiritual values in students, he said.

Later, a global panel of leaders presented problems and solutions in their native countries, including how to effectively teach sustainability in classrooms and educate students in local prisons. Jaime Palacio, a lay missionary from Peru, spoke about the challenges of educating children in the Amazon. Educators need to listen to the needs of the Amazon community, he said, and help them defend their land and culture. Another panelist—Jose Arellano, executive director of the Catholic Educational Association of the Philippines—considered ISIS’s recruitment of uneducated Muslim children in Asia. One way to prevent this is peace-building through education, he said, like the Madaris Volunteer Program in the Philippines.

In a video message played at the United Nations, Pope Francis also addressed conference participants. For 12 minutes, he spoke about the future work of Catholic schools, expressed his gratitude toward Catholic school educators, and greeted the millions of students who study in Catholic schools worldwide.

“Young people, as I said at World Youth Day in Panama, belong to the ‘today’ of God,” Pope Francis said, “and therefore are also the today of our educational mission.”