skip to main content
Return to GSE
You are at:Home»In the News»Broadway’s Sneak Peek Into Suicide and the Secret Life of Adolescents 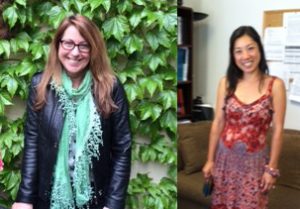 People often attend the theater to escape, even if only briefly, their own realities, but what happens when art imitates life?

Two Tony Award-nominated musicals “Natasha and Pierre and the Great Comet of 1812” and “Dear Evan Hansen” provide a glimpse of the dark, stormy, and clandestine world of adolescence through the show’s stirring portrayal of teenage social pressures, anxiety, depression, and suicide.

Natasha of “The Great Comet,” is a beautiful, 19- year-old Russian countess, who, after tarnishing her and her family’s reputation in a scandalous flirtation with Anatole, a charming but already married aristocrat, tries to end her life by swallowing poison. In “Dear Evan Hansen,” Evan is an anxious and socially isolated 17-year-old high school student, who is so desperate to belong that he perpetuates a lie about being close friends with a classmate who commits suicide.

Indeed, suicide is being portrayed on Broadway, but teenage suicide is a painfully real phenomenon. Suicide is on the rise and a leading cause of death among 15 to 24-year-old individuals, second only to accidents. Clearly, our teens are hurting and they’re hurting badly; however, the overwhelming majority of kids are not at risk for death by suicide.

In most cases, suicide can be linked to a history of untreated depression, other mood disorders, and substance abuse. In teens, loneliness, social isolation, grief from a significant loss, broken relationships, or significant transitions can trigger a major depressive episode and suicidal ideation among youth who are at risk due to mental illness.