skip to main content
Return to GSE
You are at:Home»Community»Christmas, Chanukah, and New Year’s Eve: All in Sync 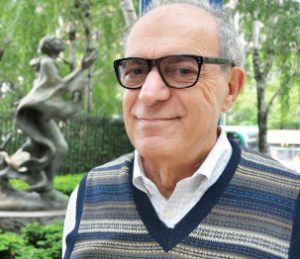 For the first time that I can remember, both Christmas and Chanukah begin on the 24th of December this year, with the first of eight Chanukah candles being lit, yes, on Christmas Eve.

And eight days later, all eight Chanukah candles are lit together on New Year’s Eve, with the holiday ending at sunset on New Year’s Day, Jan. 1, 2017. And New Years is a major secular holiday celebrated by Jews, Christians, and other groups.

Thus, Jews and Christians can and are celebrating their holidays in sync with each other this year; so children and adults should understand and relate the meanings of the three holidays of Chanukah, Christmas, and New Years 2017.

Jews celebrate Chanukah for eight days for historical and religious reasons. In 586 BCE [Before the Common Era], the Babylonians destroyed the Holy Temple in Jerusalem and exiled the Hebrews.