skip to main content
Return to GSE
You are at:Home»In the News»“How we pervert compassion in schools” 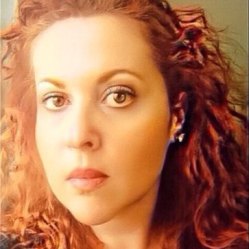 Florina Rodov ’07 (Adolescence English) is a former high school English teacher. She founded and is the co-executive director of Authentic Manhattan, a nonprofit providing after-school programs for low-income, gifted students. Read her full piece, “How we pervert compassion in schools” on CNN.com.

When my family and I were new immigrants who’d just moved into our first apartment in New York, a windowless studio in Queens, a distinguished doctor and his teenage daughter paid us a visit. The doctor was a volunteer with the Jewish nonprofit HIAS, which resettled Soviet refugees like us in the 1970s and 1980s. The second his daughter laid eyes on our donated, urine-stained couch, she exclaimed, “They’re so poor!” I was only 3 at the time, but still I averted my eyes in shame and refused to interact with her for the duration of her visit.

Luckily, I never experienced such pity or judgment in school. The public schools I attended included students who were Russian, Israeli, Pakistani, Turkish and Egyptian immigrants, among students from an array of other backgrounds. Few of us had money and many of us had problems: parents who struggled to find work, missed the old country or suffered from depression. But our teachers never felt sorry for us. They expected us to succeed despite our adversities.

Unfortunately, that isn’t the case today — or at least it isn’t among those in the worlds of education, politics, nonprofits and the media, who bombard us with images of low-income children as unteachable. Many of these people have a sick obsession with the word “poverty;” they shout it on Twitter, nod when they hear it from talking heads on TV, whisper it over lattes and trumpet it as an excuse for failure.

Read the full article at CNN.com.