skip to main content
Return to GSE
You are at:Home»Community»“A Teacher Finds (the) Heart of Teaching” 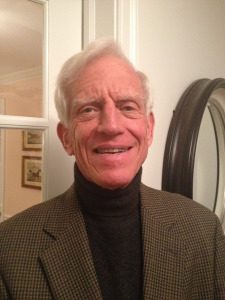 As I was reading Dean Hennessy’s recent letter to GSE alums, I was struck by the quote from Pope Francis: “Educating is an act of love. It is like giving life.” It reminded me of an opinion piece I published some thirty years ago in The New York Times, “A Teacher Finds (the) Heart of Teaching.”

In it, I talk about my coming to the “realization that what we call ‘teaching’ is but creating an atmosphere in which the student learns, or perhaps more accurately, teaches himself. The environment has many components but the most important one, I am convinced is love.”

I go on to cite the research of Asby and Roebuck in 1974 who found that what Carl Rogers called “empathy, congruence, and positive regard” as measurable interpersonal characteristics in elementary school teachers contribute significantly to classroom learning. Subsequently, after analyzing more than 200,000 hours of classroom instruction, Asby & Roebuck found the same correlations with high school teachers and even school principals.

And just this year, for the first time, we now have evidence that the same holds true at the college level as well. In a 2014 survey of 30,000 college graduates conducted by Gallup and Purdue University, the single most important variable that contributed to well being after graduation and being engaged in their work was whether they had a professor/mentor who “stimulated them, cared about them and encouraged their hopes and dreams.” What was shocking and disappointing was the finding that only 27% reported having a professor who cared about them.

And finally, I couldn’t talk about the importance of caring teachers in a Jesuit University blog without giving credit to Ignatius of Loyola who first articulated his concept of cura personalis in 1599 more than a century before the writings of Pestalozzi, the “Father of Modern Education,” in the 18th Century. To the point, Peter Kolvenbach, the former Superior General of the Society of Jesus in 2007 in his opening speech on “Cura Personalis” said that in the spirit of Ratio Studiorum:

“. . . educators must grasp that the example of their personal lives brings more to the formation of the students than do their words. They are to love these students, knowing them personally – ‘cura personalis’ – living a respectful familiarity with them.”